Depending on the odor location and the means of application, you will need OdorXit AQM or MOMS. OdorXit AQM (Air Quality Manager) is an oxidation packet that once opened and water is added, can be placed in the musty crawl space and let it work over time (up to 30 days). MOMS is an oxidation powder that is added to water to create a liquid you can apply to the musty odor source with a spray bottle.

Step 2: Remove any cardboard, clothing or other absorbant materials from the crawl space.

Absorbant materials like cardboard boxes and clothing can absorb a lot of the gas released from OdorXit AQM, to get the most out of AQM, you should remove any of these materials from the crawl space before treated it with AQM.

OdorXit AQM can be used in different ways depending on how much moisture you add to the AQM packet. The more moisture you add, the more oxidation gas is released. *make sure you are not in the crawl space while the gas is being quickly released. Usually 2-10 gram per 1,000 sqft will do the job unless you have lots of visible mold blooming on what ever is in the crawl space.

If you see visible mold or mildew you can mix OdorXit MOMS powder with water as directed and use a spray bottle to directly apply OdorXit MOMS in the crawl space. This will oxidize the odors on contact.


Additional Step: Use OdorXit Eliminator for animal odors in your crawl space.

If you have urine odor, feces smells or dead animal smells, you will want to treat the contaminated areas with OdorXit Eliminator , sometimes several times to get it down into the dirt or concrete to treat the urine that runs there. DO NOT USE A PRESSURE WASHER!!!! Especially on concrete. Driving the source of the smell deeper with high pressure water is not a solution.

Why is my crawl space musty smelling?

Even if your crawl space is very dry most of the time, on very hot and humid days, the warm and humid breeze blows into the multiple screened vents in the foundation. If the cool area under your house is below the temperature of the outside air, condensation forms on all the cool surfaces. This allows mold or mold spores to grow in the area. 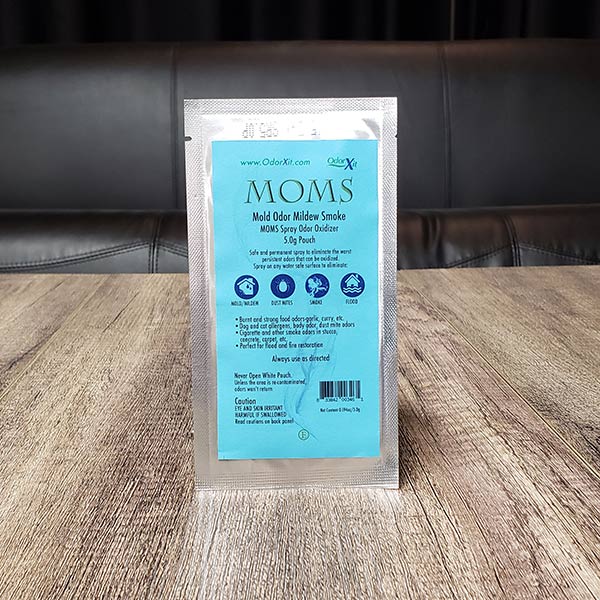