Running a veterinary clinic, doctor's office, a hospital or any other type of healthcare practice requires having a clean, well-sanitized space. With all of the smells that can occur in a medical setting, it is often easy to become overwhelmed with the prospect of keeping the area smelling fresh and odor-free. OdorXit makes it easy to keep a fresh-smelling practice, by offering a variety of solutions that conquer even the toughest of medical odors. Learn more about how OdorXit can solve your medical odor problems today.

Ostomy or colostomy bag ruptures can be very difficult to cleanup. The smell of the bags contents can be over whelming. Even small leaks can be very odorous and require immediate attention to limit the spread of the odor, embarrassment and the contamination of clothing, skin and flooring.

Step One: The first problem to solve is eliminating the odor of the bag's contents in the air. A few pumps of Magic by OdorXit in the area of the spill or leak will eliminate/absorb the odor nearly instantly, making the cleanup process much easier. Though OdorXit Magic is extremely fast and effective it is not a permanent solution to the odor problem. But it will make the clean up more pleasant. It is also safe to spray small quantities on skin.

Step Two: If the spill is on hard flooring like vinyl tile, ceramic tile, grout, cement, metal or other very hard surfaces, wiping or vacuuming up the spillage is the obvious next step in the process. Disposal of the ruptured collection bag is right up near the top as well. If the spill is on carpet or fabric, remove as much of the spillage as possible by gently scooping it into a plastic bag or box or any other container that will not leak it onto another place. Don't press paper towels or bath towels onto the spillage in an attempt to soak it up. This will force it deeper into the carpet or fabric.

The preferred method is to use a carpet cleaning machine that has a furniture attachment hose. Using just the end of the hose works best. Dump a small glass of cold water on the spillage area and vacuum it out immediately. This process can be repeated several times until all the stain is removed. 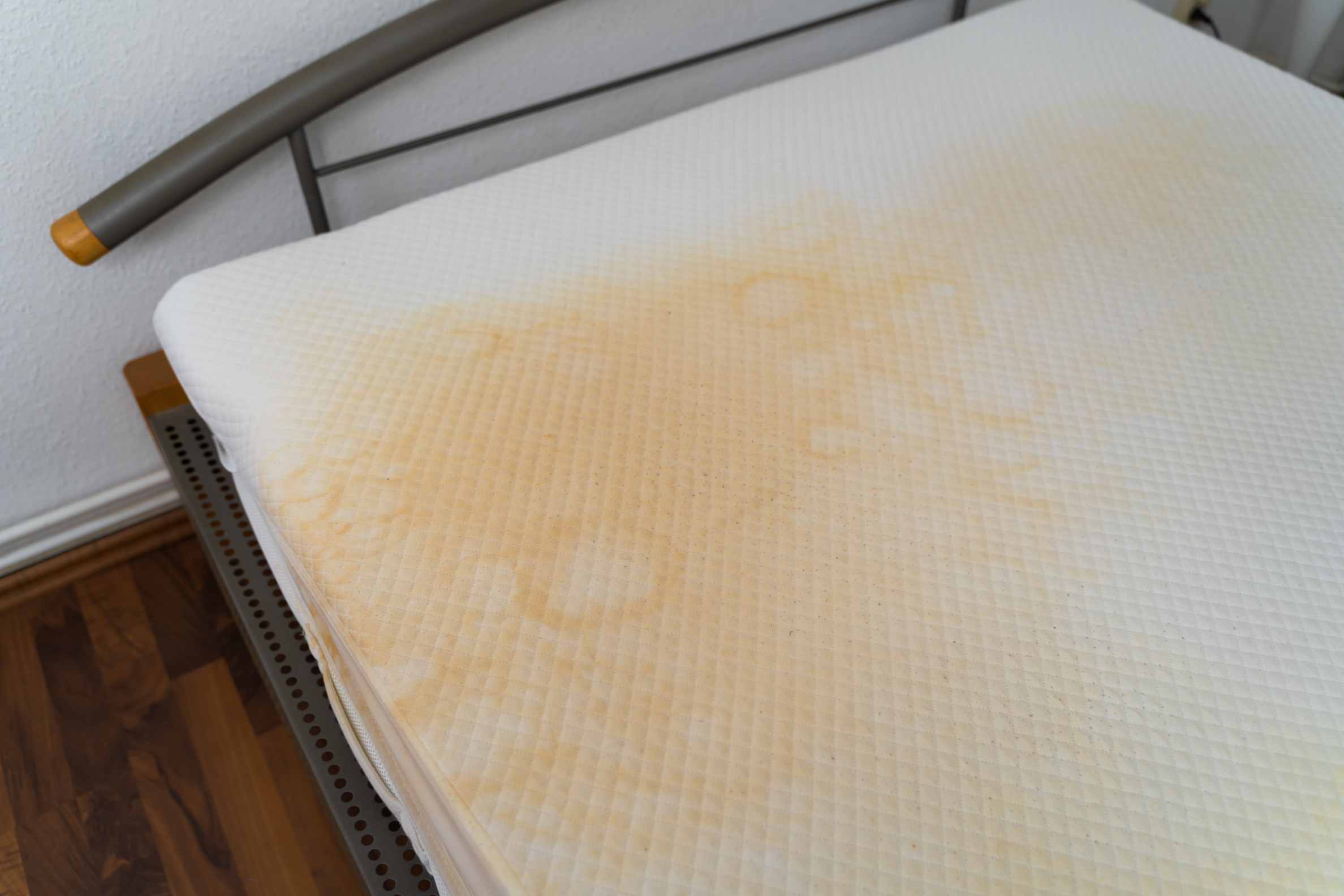 Often people who have long term illnesses produce skin oils that are loaded with odorous materials that soak into bedding, mattresses, night clothing, and just about everything that they touch or come in contact with. Add the occasional incontinence and you have a very serious odor control and elimination problem that painting and sealing will not fix.

Removing body odors from bedding and mattresses is a unique problem and requires a quite unique product to eliminate the odor. Though OdorXit Magic will absorb the odor for several weeks per application, it is not a permanent solution. However, it is the perfect solution when the patent is using the bed and the odors are ongoing. AQM can also be used occasionally where re-introduction of odor is continuing just to reduce the overall amount of odor. This will make the OdorXit Magic more effective and last longer per application.

When the body odor is not being re-introduced, OdorXit's AQM can be used to completely oxidize the odor. If you need to eliminate odors in mattresses and bedding permanently, OdorXit Concentrate used in combination with laundry detergent is very effective at removing these odors from bed clothes and clothing, mattresses, even wheel chairs. OdorXit Concentrate diluted with water can also be applied directly to the mattress for any urine, feces, vomit etc. odors that have soaked through the sheets and into the mattress. Spraying or submerging any canvas with the OdorXit solution will also eliminate the smells and allow you to put these expensive mattresses back into service again. 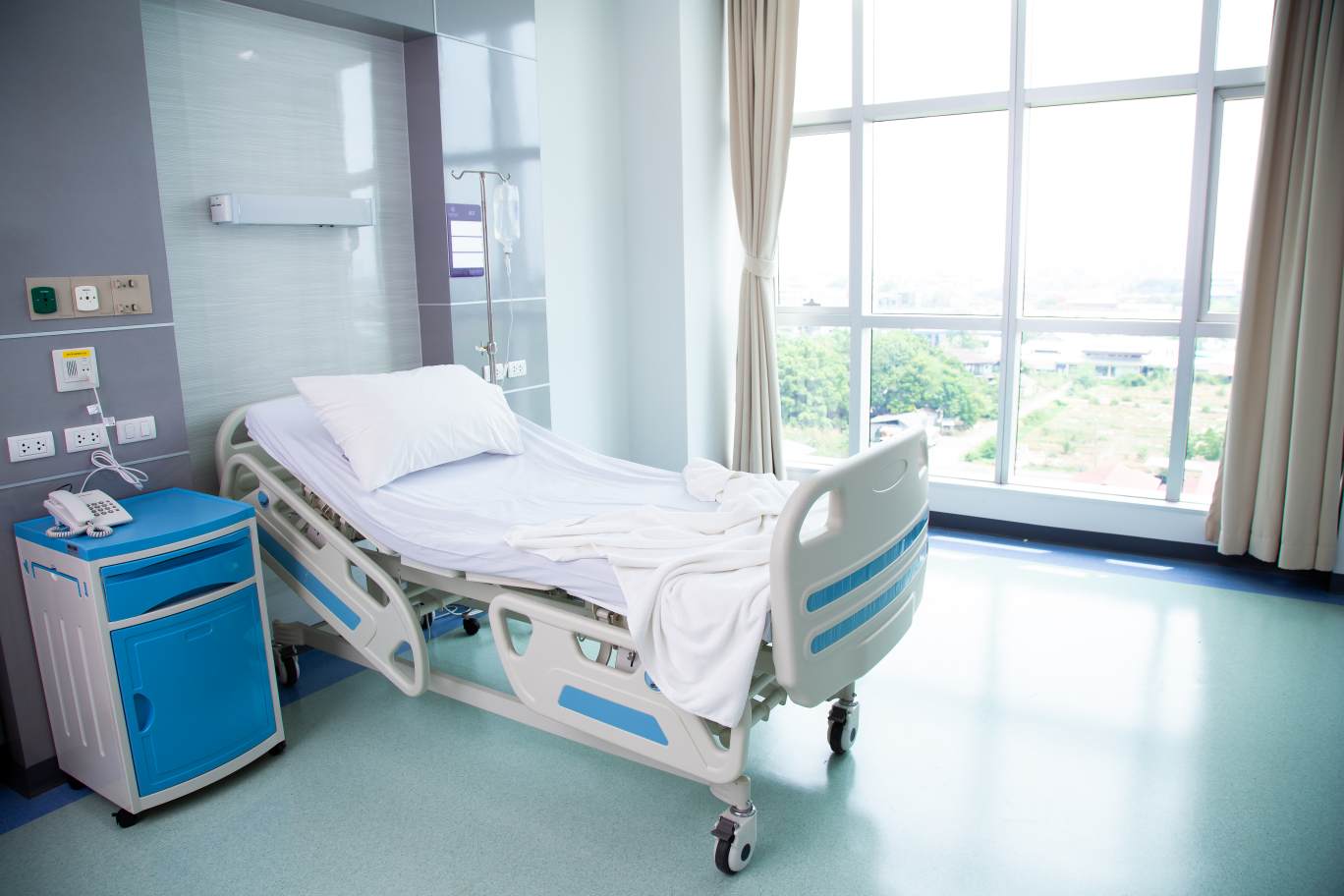 Cancer patents in their last stages of life often produce odors that are unique and often overwhelming to family and visitors making all important visits to these patents difficult, short and infrequent. Often the drugs they take contribute to that odor so there is no getting around those odors. And though the odor is generally confined to hospitals and nursing homes where odor control efforts and controlled by the administrative staff, efforts by patents and visitors are generally forbidden because most odor control products use perfumes that other patents dislike and that can produce allergic reactions.

OdorXit has solutions to limit those odors and can be applied without incurring the wrath of the administrative staff. Magic by OdorXit is the first we recommend. It will absorb the offending odor and leave no fragrances of its own. Since it has no perfumes and only a very slight scent, it can be used in moderation without disturbing other patents or visitors. Instead of spraying OdorXit Magic into the air as done with an aerosol cover up deodorant, it is more effective to spray OdorXit Magic directly on to bed clothes, furniture, floors and walls. The amount of material actually sprayed by the included mist sprayer is so small that the resulting wetness dries in seconds, produces no discoloration or stains and no odor.

Additionally, OdorXit Magic is available in a very convenient 2 ounce bottle that can be carried in your purse or pocket and can be left with the patent for later use. This little bottle produces almost 400 pumps of odor control that will last for many weeks.